Compare the VanMoof S3, X3, S5, and A5 to make sure you choose the right model for you. 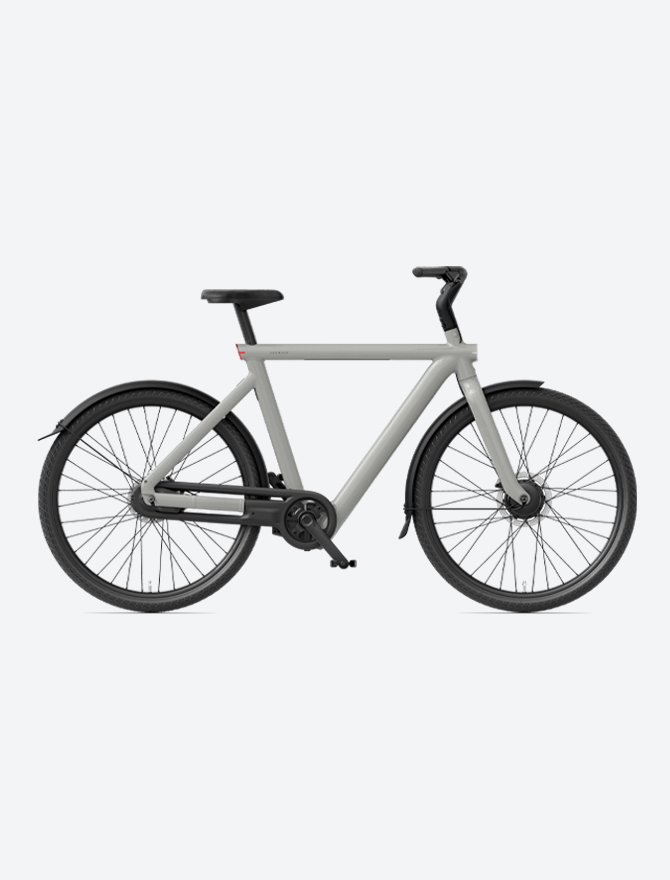 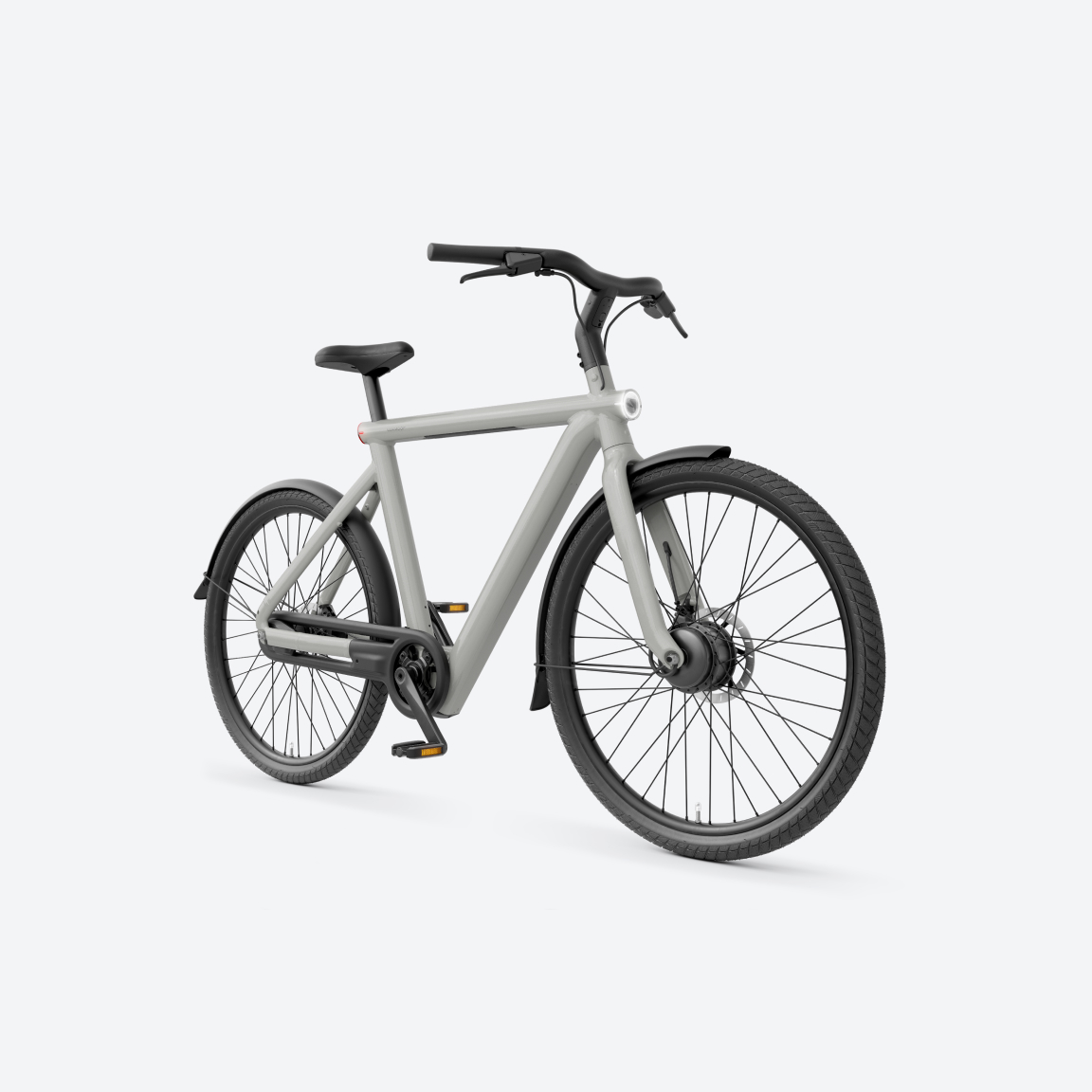 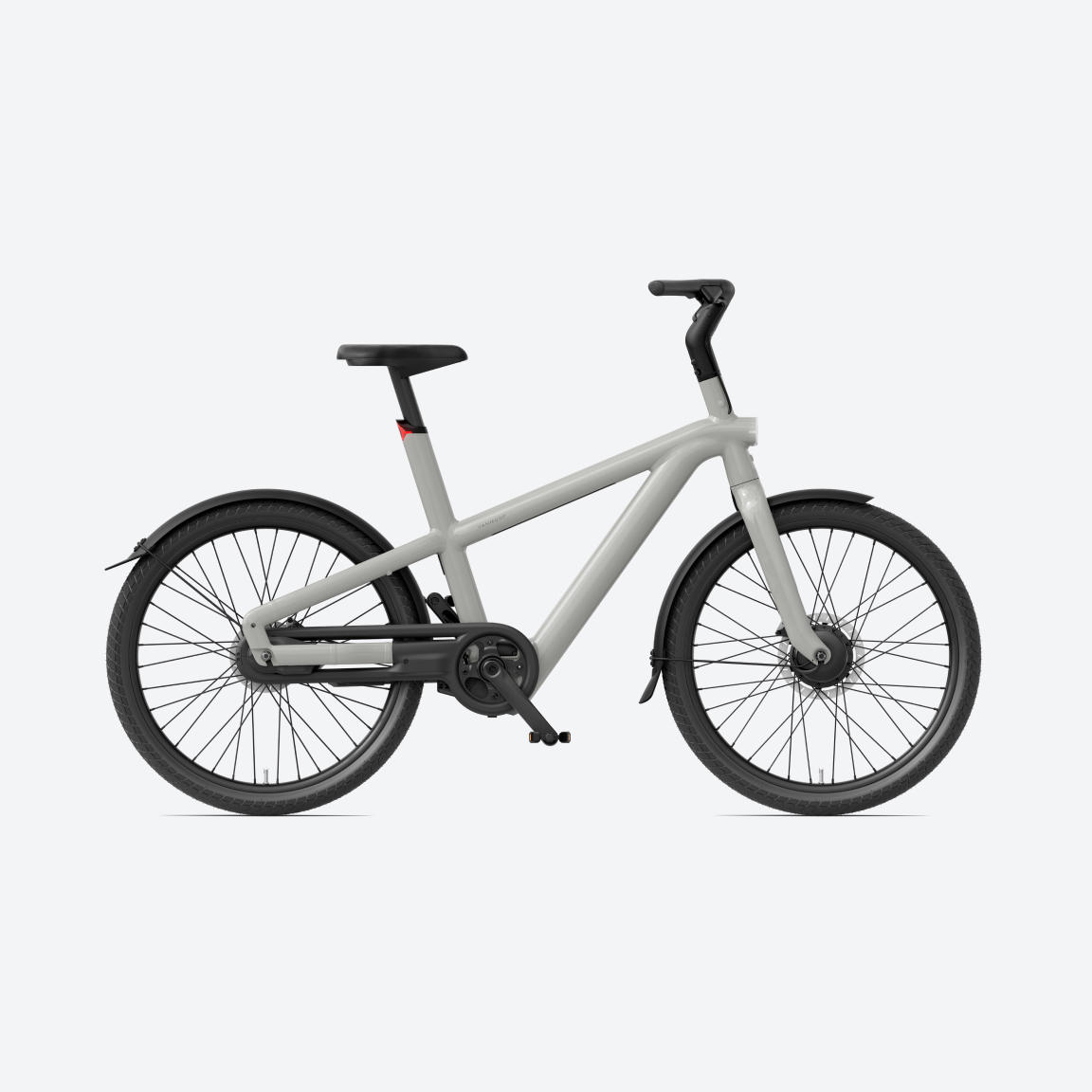 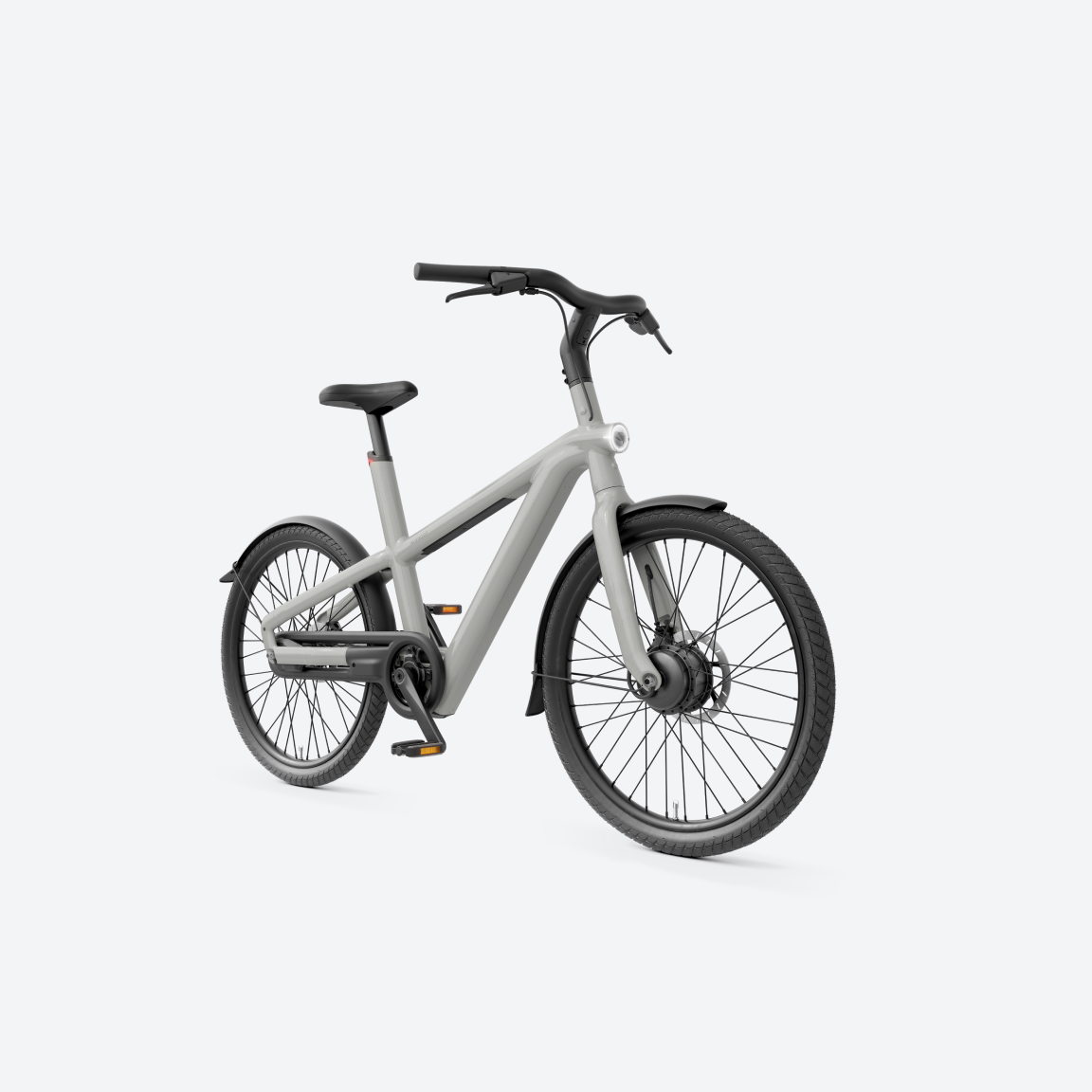 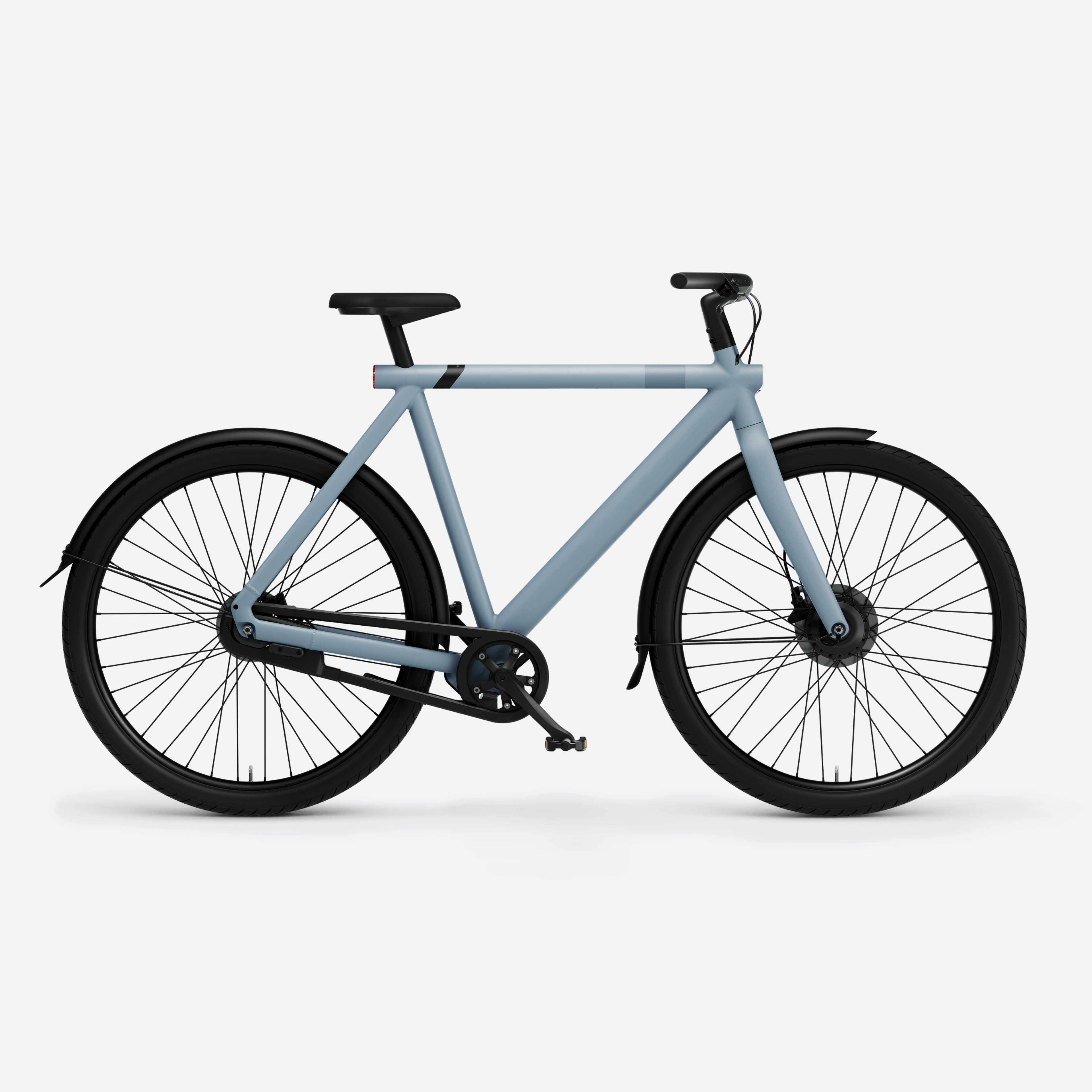 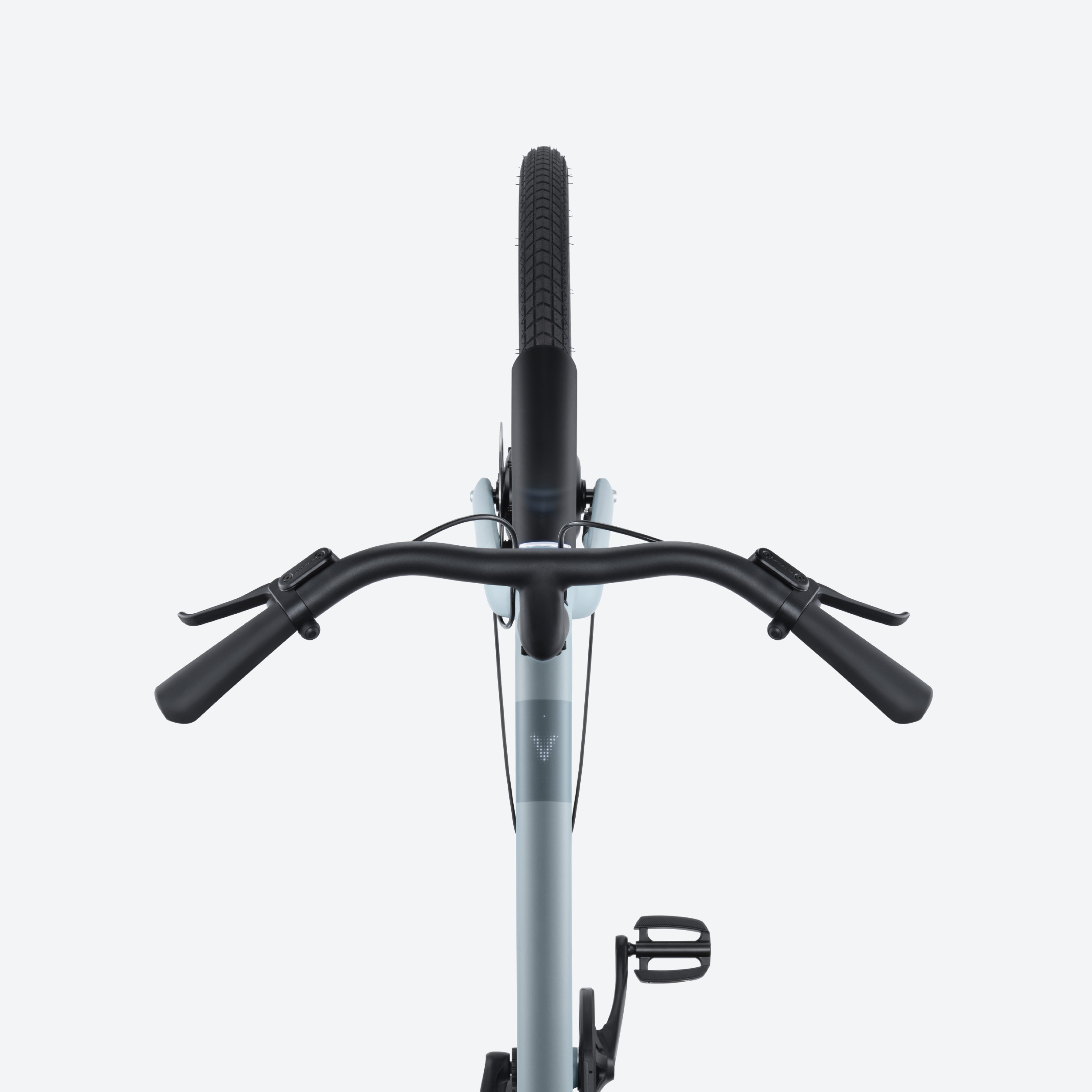 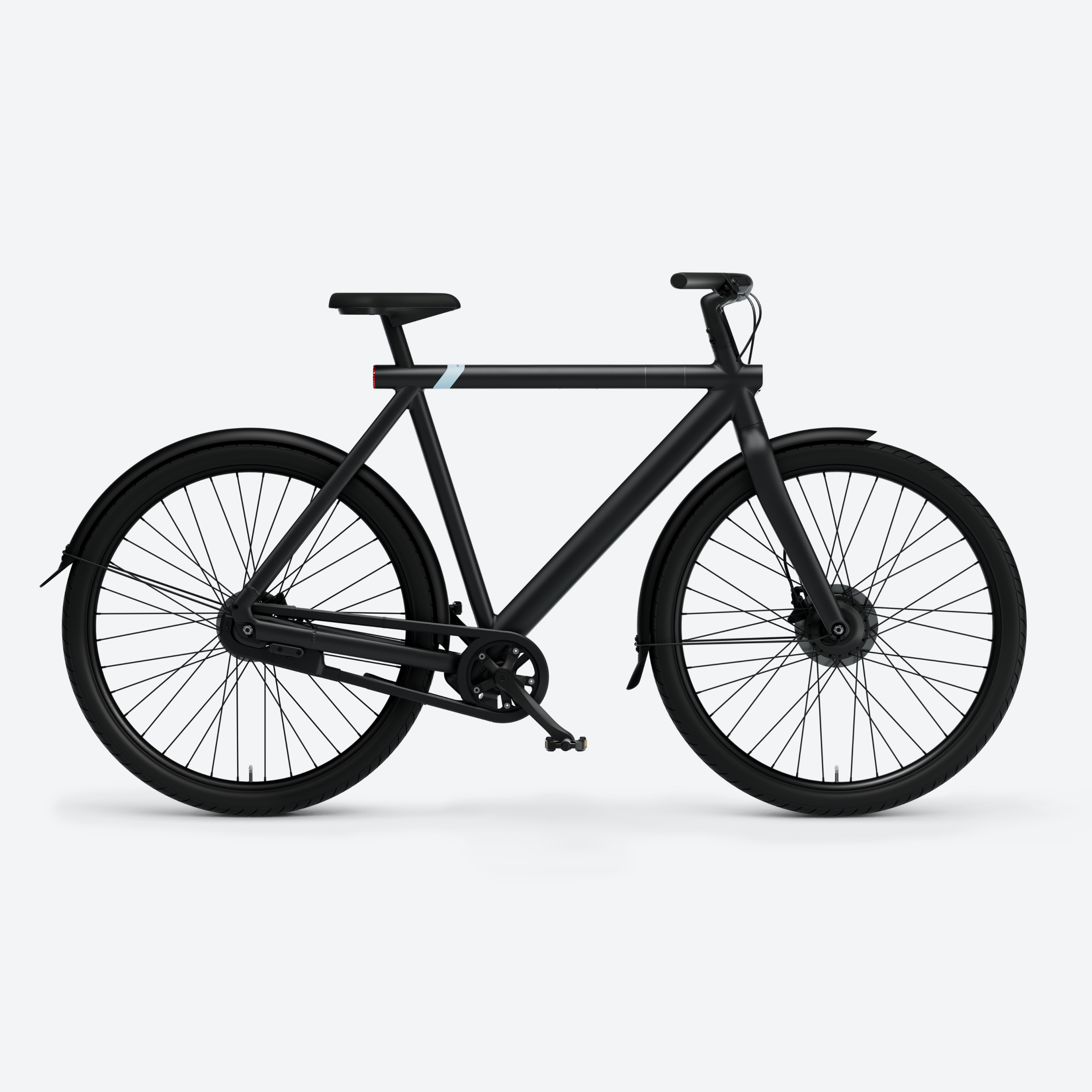 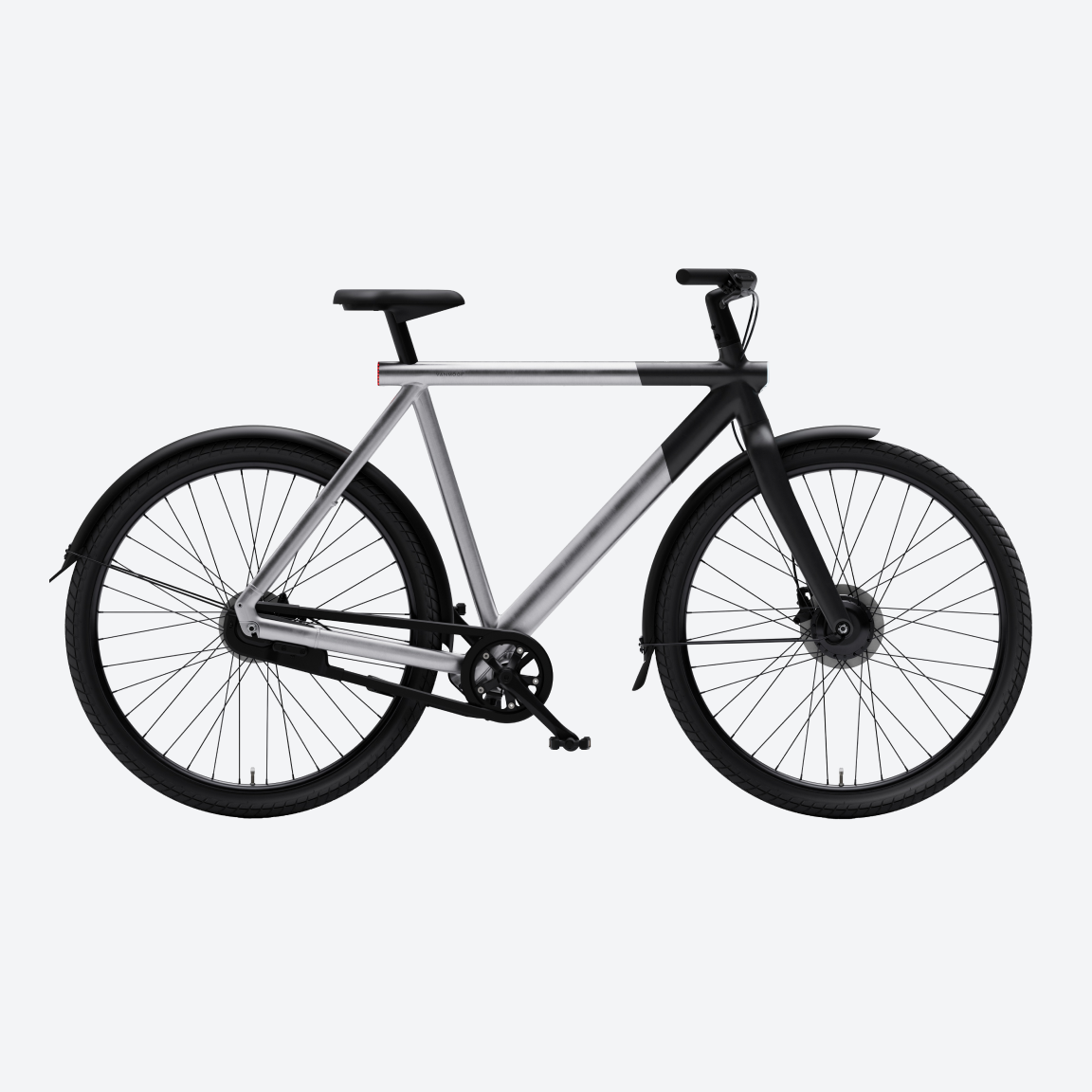 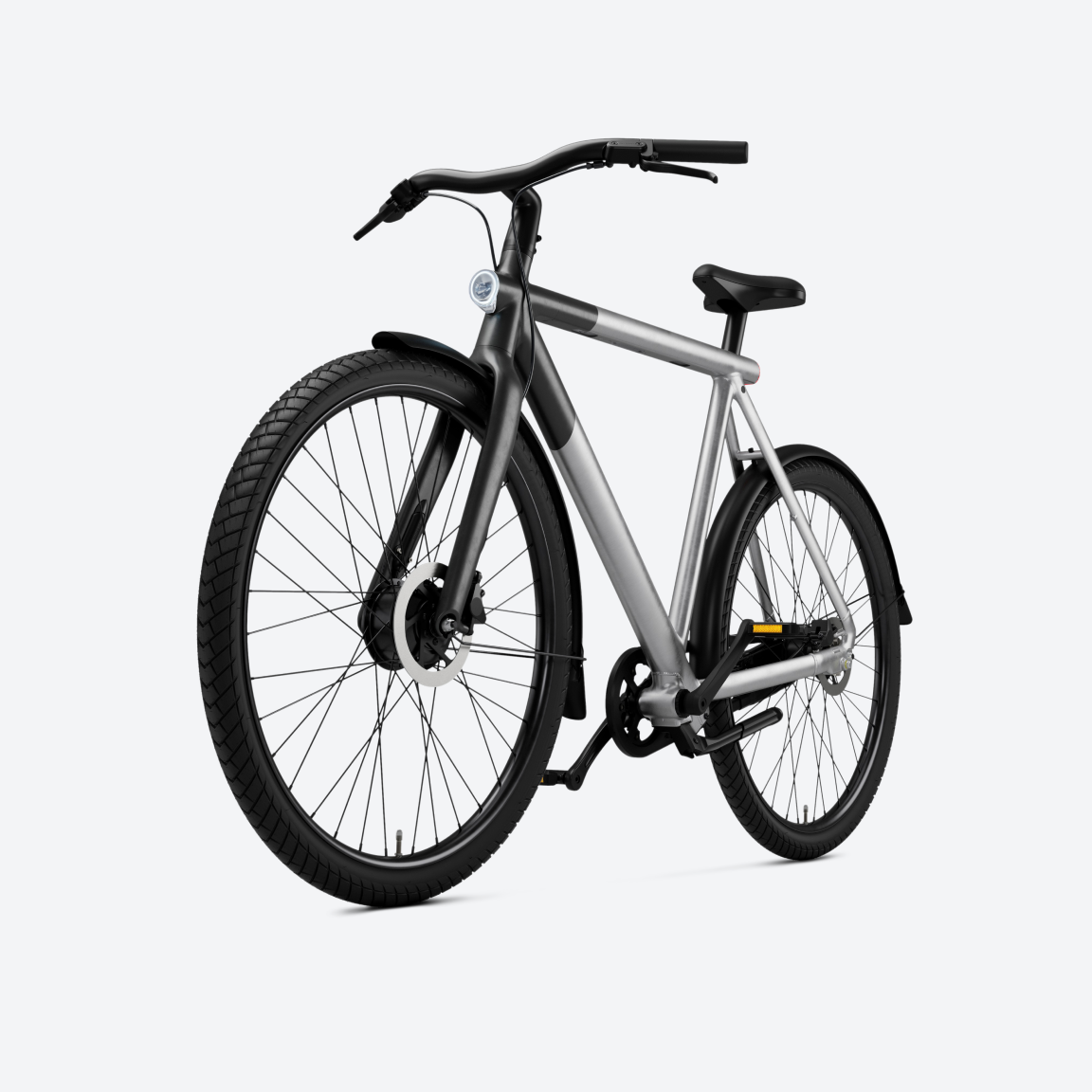 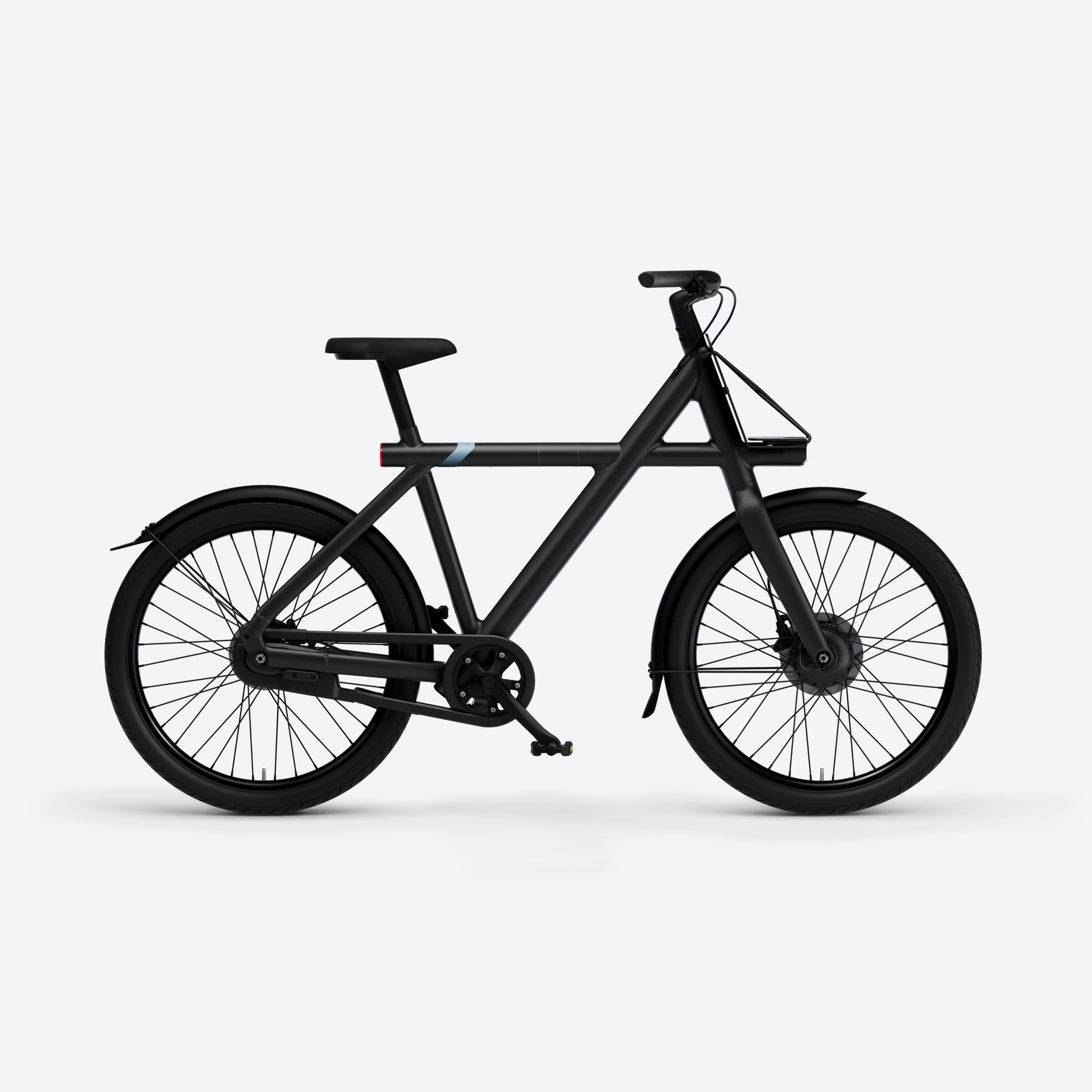 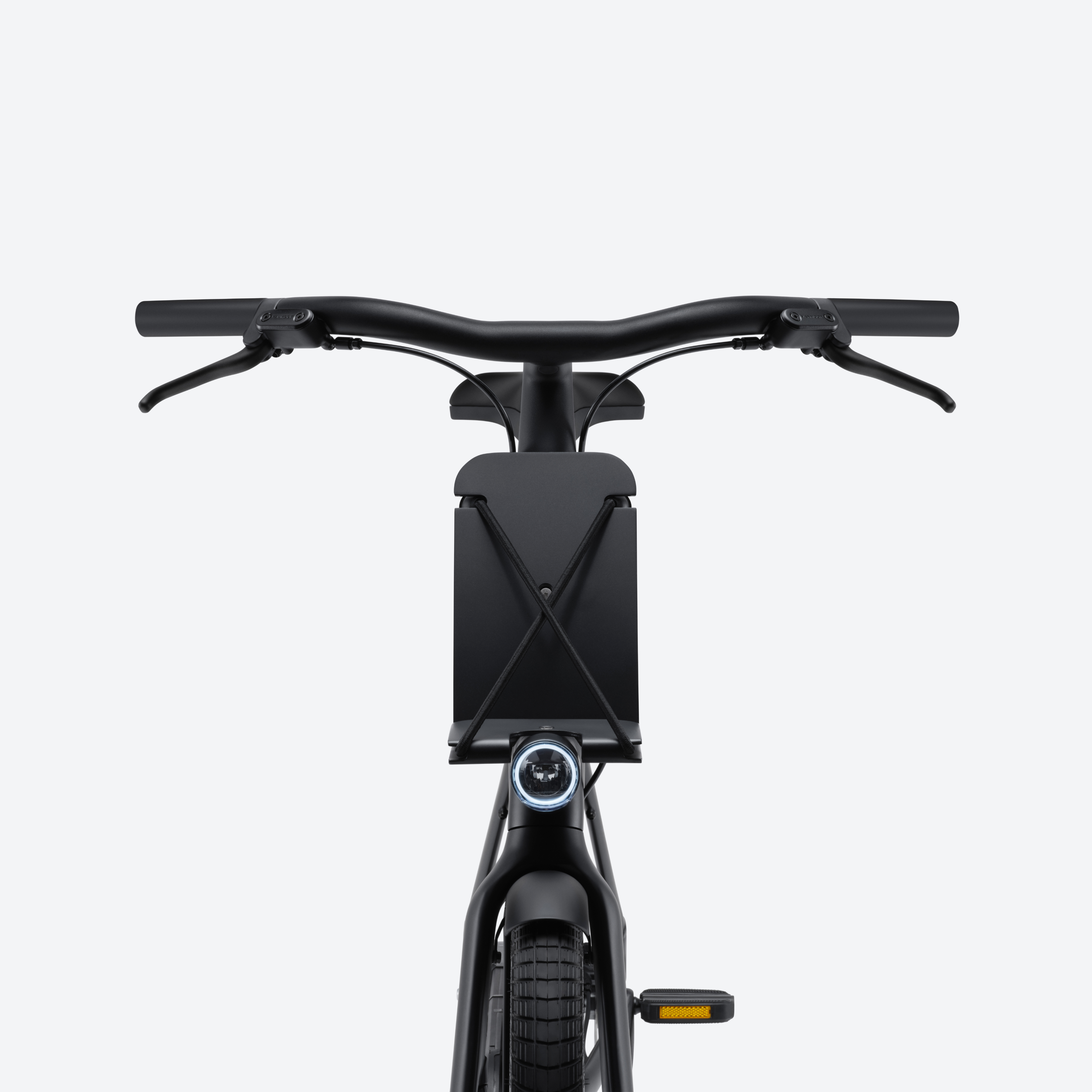 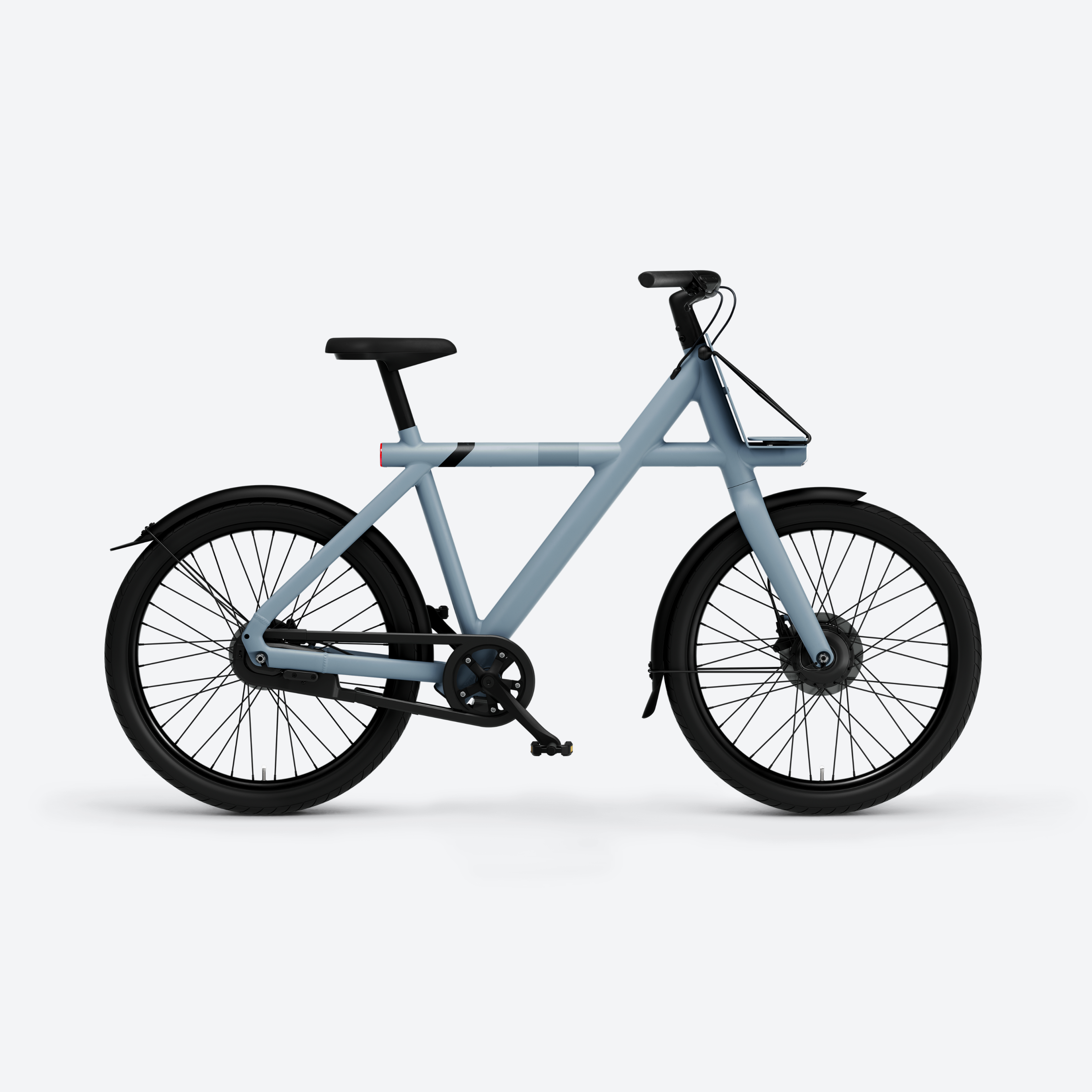 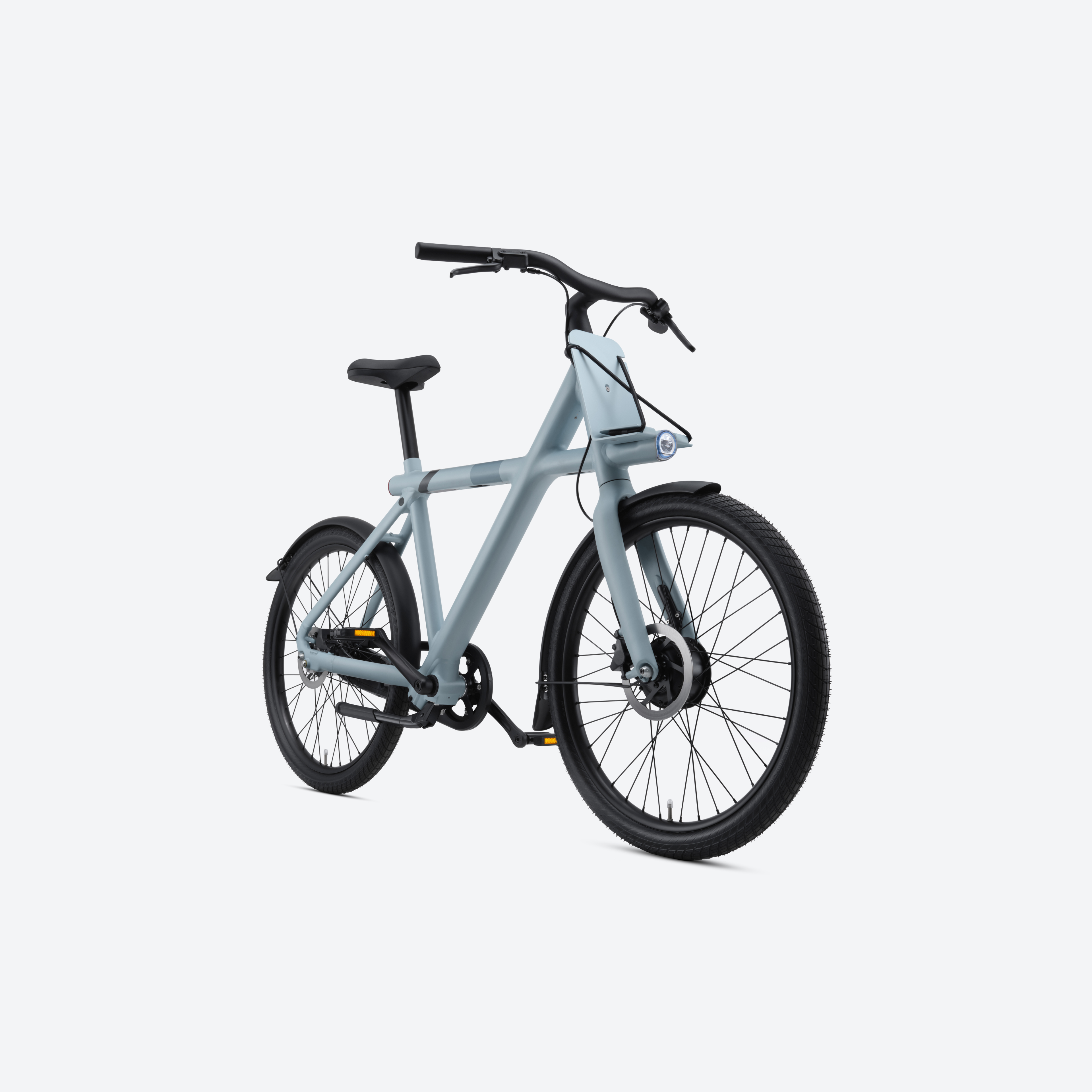 Not sure which frame is right for you? Let's take a look at them side by side.

Which VanMoof fits me best?

From the inside leg starting at the crotch measure down to the bottom. Your inner leg length has a significant influence on your the right frame for you – please make sure to take this measurement precisely. 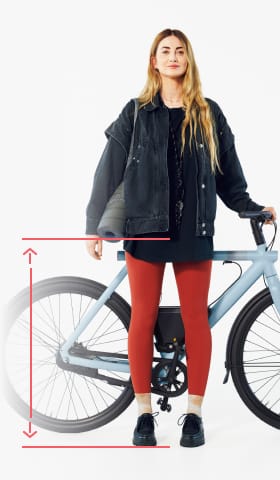 Enter your height to see how you measure.

We’ll always have your back, wherever you ride. Add Peace of Mind services for a worry-free package. 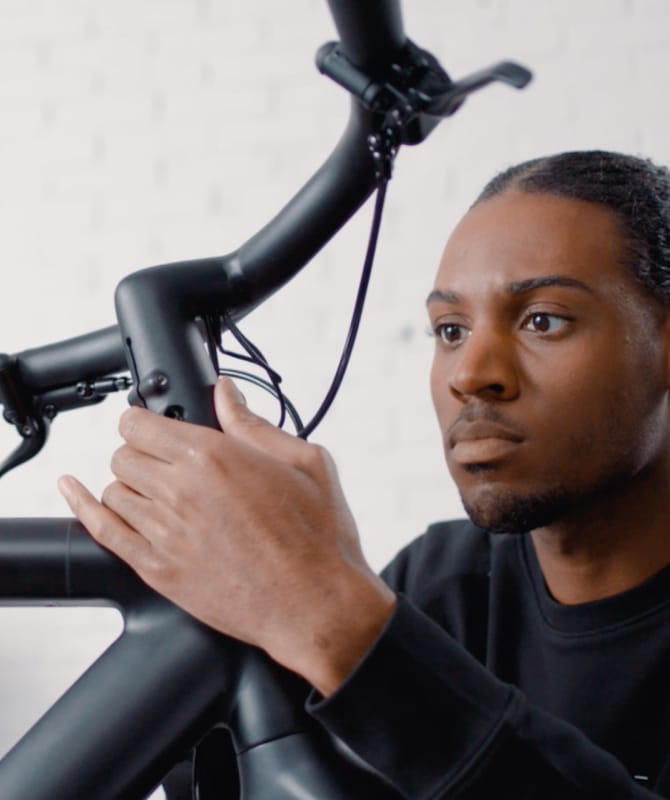 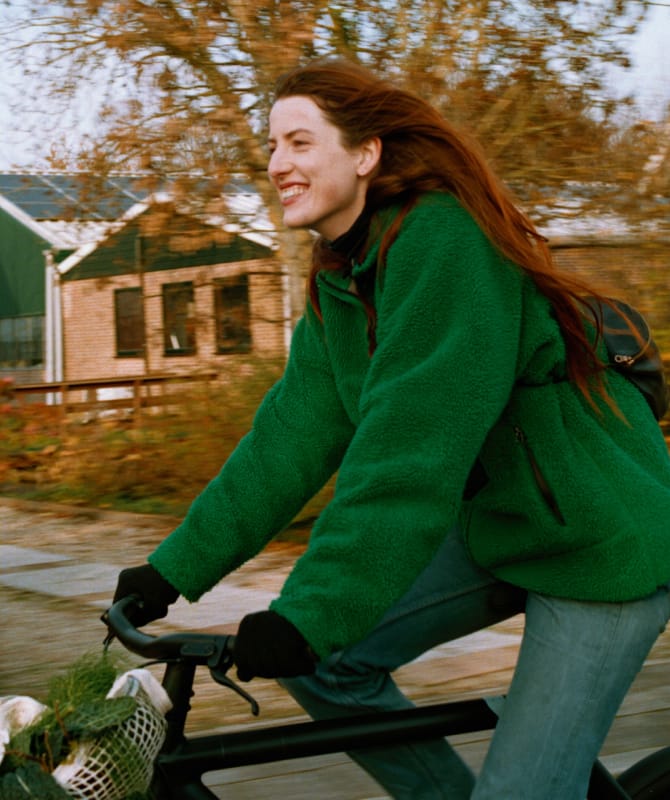 Unlock the full potential of your VanMoof

Track your rides, configure your bike, get help on demand, and much more with the VanMoof app.

Want to be one of the first to try the VanMoof S5 & A5? Book a test ride today – and prepare to feel the wind in your hair.

"An iPhone with pedals"

"Built to handle any commute"

"Hands down, the best ebike ever"

"Better than the best" 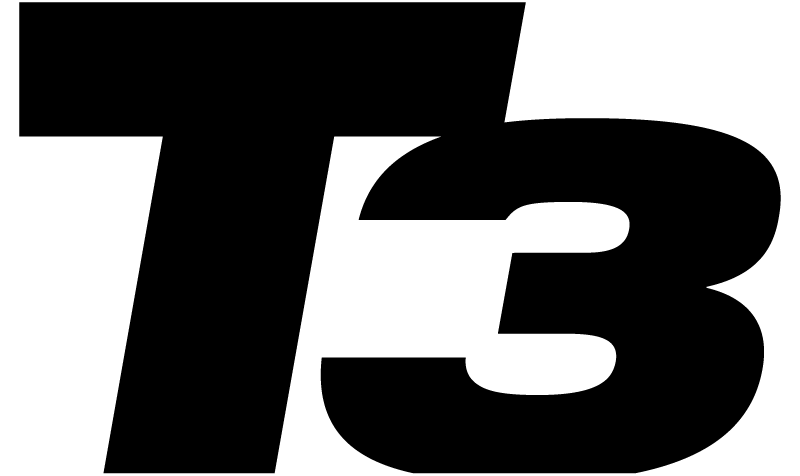 Are you in for the ride? Decision well made. Now let's seal the deal. We offer multiple payment options so you can get your hands on your bike in a way that's best for you. Aside from purchasing the bike directly we also offer the following:

Our e-bikes are the result of over 10 years of continuous innovation. They're jam-packed with our custom-developed tech, and offer industry-leading features all geared towards making our riders’ lives a little easier.


Bike theft is still the main barrier preventing people from riding high-quality bikes. The E-bikes further VanMoof’s anti-theft pedigree with a host of features designed to give thieves nightmares – and make it easier for our Bike Hunters to recover stolen bikes.


Our responsive multi-phase alarms enable remote lockdown, location tracking, and disabling of all systems. Peace of Mind guarantees that we'll recover or replace your bike if it's stolen.


Our Rider Recognition enables a secure, encrypted connection with your smartphone – it'll automatically activate when you approach your bike. If someone tries to steal your bike, the alarm will be triggered and you'll receive an alert to your mobile via the VanMoof app. And, if the thief still isn’t deterred, our Bike Hunters will be on their way to return your beloved bike faster than you can say “stolen"". Our theft defense measures reduce the chance of bike theft as much as possible, and provide you with Peace of Mind. Still curious? Find all you need to know about our Theft Defense.


With our automatic E-shifter, you'll no longer have to think about changing gears. The E-shifter works in tandem with the integrated Smart Cartridge to switch gears at the perfect moment each and every time. Whether you’re climbing a steep slope, cruising a flat, or racing downhill, the E-shifter makes sure you’re in the right gear in a flash.


We think just as hard about how you’ll slow down. Our rides are the first e-bikes on the market with a fully integrated handlebar and brake assembly – making them just as beautiful to use as it is to look at. Our hydraulic brakes deliver much greater stopping power with very little effort. Now you have precise and powerful braking power in all conditions, with the pull of a single finger.

Our growing network means that we can take our Peace of Mind guarantee to the next level.

If your VanMoof is stolen our Bike Hunters will get it back. We're putting bike thieves out of business with our integrated location tracking tech and iron-clad anti-theft guarantee. If your bike goes missing, just report it as stolen in the VanMoof app. The Bike Hunters will immediately get to work and recover your bike within two weeks. If they can't, we'll replace your bike with one of the same (or better) age and condition.

Over a three-year period we will keep your bike in optimal condition. Our Bike Doctors will complete proactive check-ups and provide responsive maintenance in over 17 cities. All costs for parts and labor are included in your service package.

Read everything you need to know about the service on our Peace of Mind page.

VanMoof e-bikes have an integrated battery that can’t be removed for charging. To charge your bike, follow these simple steps:

Step 1
Plug the included charger into a power outlet and connect the other end to your bike.

Step 2
The battery will automatically stop charging when it reaches full capacity. It takes the S5 & A5 six and a half hours to fully charge, 50% charge will take two and a half hours. A full charge of the S3 & X3 takes about four hours, you can reach 50% charge in 80 minutes.

Don’t have a power outlet nearby, or need some extra range for your ride? We’re happy to introduce VanMoof’s first VanMoof S3 & X3 PowerBank. The Click-on battery for the VanMoof S5 & A5 will launch soon. Note: For protection, VanMoof batteries will not charge below 0 °C / 32 °F. If it’s cold outside, it’s always better to park your bike inside for a couple of hours and start charging at room temperature (between 15-25Cº).

Charge you bike indoors, in a well-ventilated dry location (moisture and extreme temperature fluctuations can affect the charging process). Try to avoid fully charging and fully discharging when it’s not necessary. The optimal battery percentage is between 10% and 90%.

Pro tip: Use your Turbo Boost thoughtfully. Pressing that button non-stop is demanding on your battery.

We’ve engineered e-bikes for all body types. Head over to our VanMoof comparison chart to view the different bike specifications.

Turn up. Jump on. Put our e-bikes through their paces with a no-holds barred test ride. We're opening up in more cities than ever before! Find your nearest VanMoof locations and discover what it’s really like to ride the future. Book your test ride directly or find an e-bike store nearby.

No VanMoof Brand Store or Service Hub nearby? Sign up to our newsletter and you will be the first to know when we open up a location in your area.

To encourage biking, several French municipalities offer financial incentives for new e-bike riders. And, you'll be happy to hear, these initiatives include our e-bikes. Read all about what initiatives are available per municipality and the process of getting your hands on your VanMoof ride via our Prime Velo page.

We’ve always been convinced that e-bikes will eventually replace cars on city roads. And that day is dawning sooner than you might think. In cities like Amsterdam and Copenhagen, over 40% of their residents already commute by bike. These residents and many more are the riders who are leading the e-bike revolution across the world.

E-bike commutes already trump those by made by car. Some examples are:
1. Research has shown that the average commute time and distance by car in Germany's larger cities are almost the same as by e-bike.
2. The average round trip by car in major cities is only 200 meters longer than the average e-bike roundtrip, and a mere 1 min 58 seconds faster.
3. The world is looking for greener alternatives. E-bikes play a central role in replacing polluting transportation, and their use dramatically reduces CO2 emissions.
4. E-bikes make people healthier, and our planet a little happier.
5. E-bikes increase productivity and enhance space in our cities.

E-bikes have numerous advantages in comparison to commuting by a regular bicycle. Some examples are:
1. E-bikes save you that long, sweaty commute, transforming your journey into the best part of your day.
2. In cities with many bridges or steep hills, it can be uncomfortable to ride a normal bicycle. E-bikes amplify your pedal power to get over those hills and bridges with ease.

Car-dominated cities must become more environmentally balanced living spaces as the population of urban areas increases. Both public and political pressure that demands that our cities are rebuilt to cater to a more sustainable mobility structure is building every day. All around the world, roads are being converted into cycle paths. In countries such as France, the United States, the Netherlands, Germany, and many more, people are demanding that our cities are designed to be greener, more sustainable, smarter spaces. Read more about how our Riders are changing the world.