Mark Nguyen’s style isn’t the only thing that’s fresh. His unique take on life is apparent in all of his work – whether that’s the photographs he creates to preserve transient moments of joy, or his clothing brands which are inspired by his experience as a second generation Asian-American. Mark’s father’s fascination with photography and documentation of their lives before his death when Mark was just four unknowingly set his future career in photography in motion. Years after his father handed him his first point-and-shoot camera, he set out on tour with major artists from Diddy to Justin Timberlake. Moving to New York City for a closer look at the day-to-day of his subjects’ lives, Mark rides his VanMoof S3 to capture life on the move.

Mark works from a vast, bright studio that overlooks Williamsburg bridge and the towering skyline of one of the world’s most iconic and filmic cities. Born and raised in Los Angeles, Mark lived a life close to the stars as a professional photographer. But once he tired of life on the road, he decided to escape the highways of L.A. and embed himself somewhere he could experience vibrant street life right on his doorstep. “There's just more to get inspired by when you’re walking down the streets of New York,” he tells us, “When you're in L.A., people just drive from point A to B. You don't get that on-the-streets experience unless you're really going through it.” 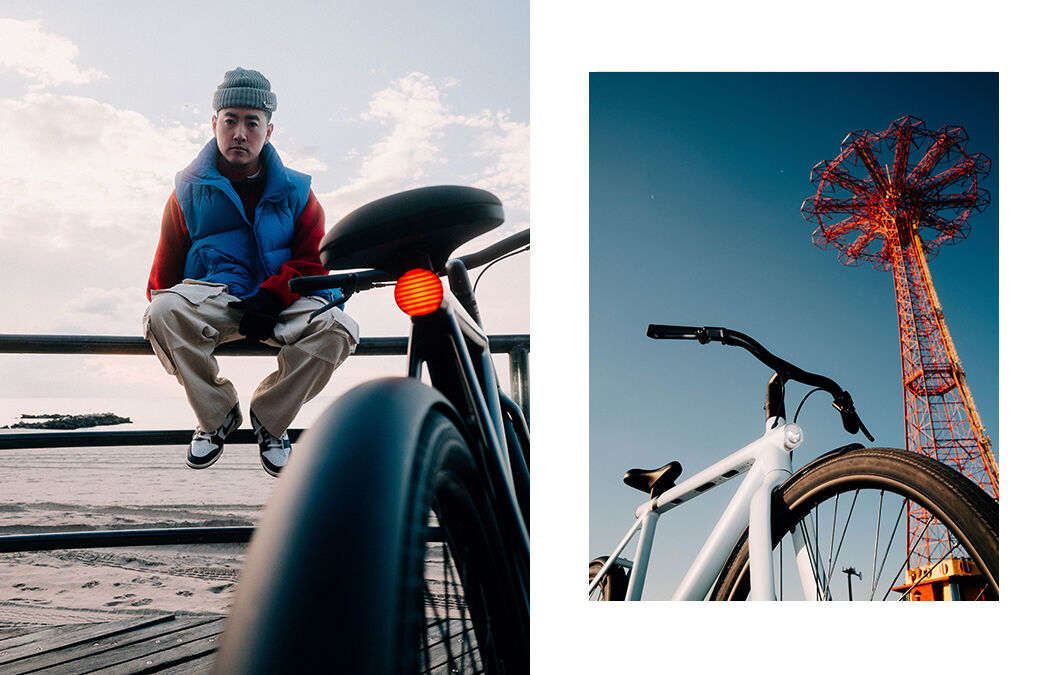 “Riding around New York City is a great way of moving through the city, fast. It opens up new gateways that you wouldn't even know existed if you just drove.”

In a city where people are more likely to be on the streets than in solitary bubbles behind the steering wheel, Mark’s far better able to capture special moments of human interaction – and loves to do while on the move on his S3: “In other cities, there are more roads designed exclusively for cars. Fewer people are walking on the streets and there aren’t as many bike lanes, either. So I'm here in New York. They've been so active on getting bike lanes here and you just get to see more life.”

“Riding around New York City is a great way of moving through the city, fast,” Mark continues: “It opens up new gateways that you wouldn't even know existed if you just drove around the city.” And as cities like New York become more and more bike friendly, riders like Mark have found biking to be the easiest, faster way of moving from place to place: “If you hit a good spot in the city at the right time and you get a green light, you can go straight down nonstop with no traffic in the way.” 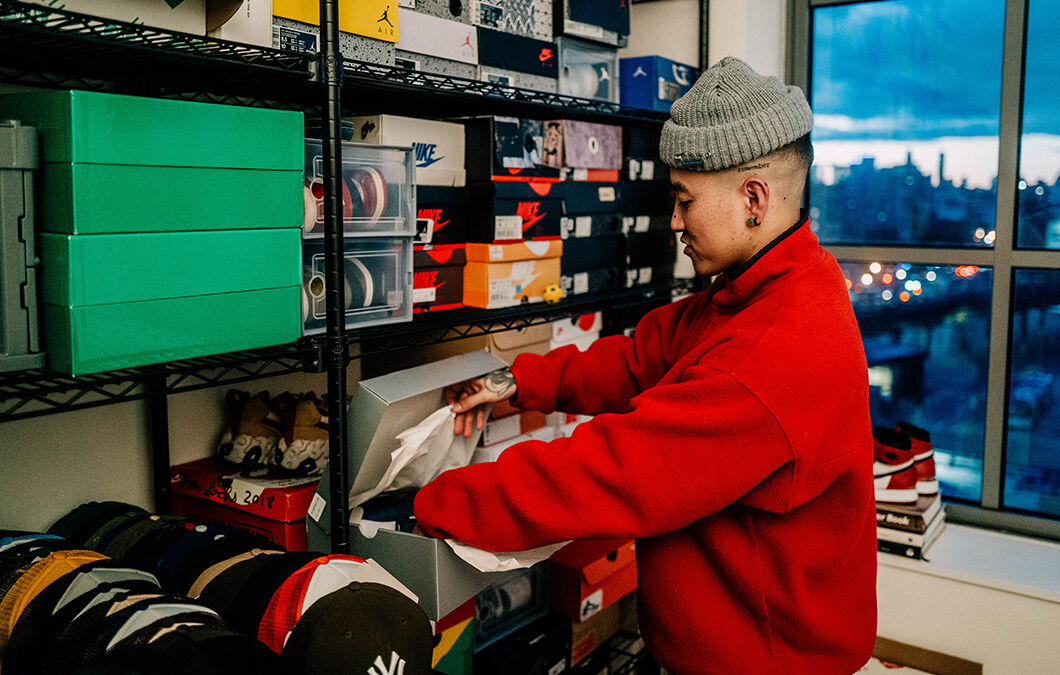 Mark describes seeing everything through a lens, and using photography as a means to hold moments in time still and leave them open to interpretation. “My dad was the first person to get me into photography,” Mark remembers: “He was fascinated with this new technology – VHS and all of that. So he bought all this camera gear and he ended up just documenting his life, leaving the camera off to the side and just recording it. And that's something I value a lot.”

Finding the authenticity he was looking for in New York City, Mark soon became interested in starting up his two clothing brands, Maybe Tomorrow and Open Bar Funeral, designed to inspire people and create jobs in the community. His products are filled with messages; lessons and truths that he wants the world to pay attention to. “I always felt like I had something to say and something to prove to everybody,” Mark tells us: “Growing up as an Asian-American, I've always felt overlooked and now that I've got the platform to really showcase who I am and what I believe in.” 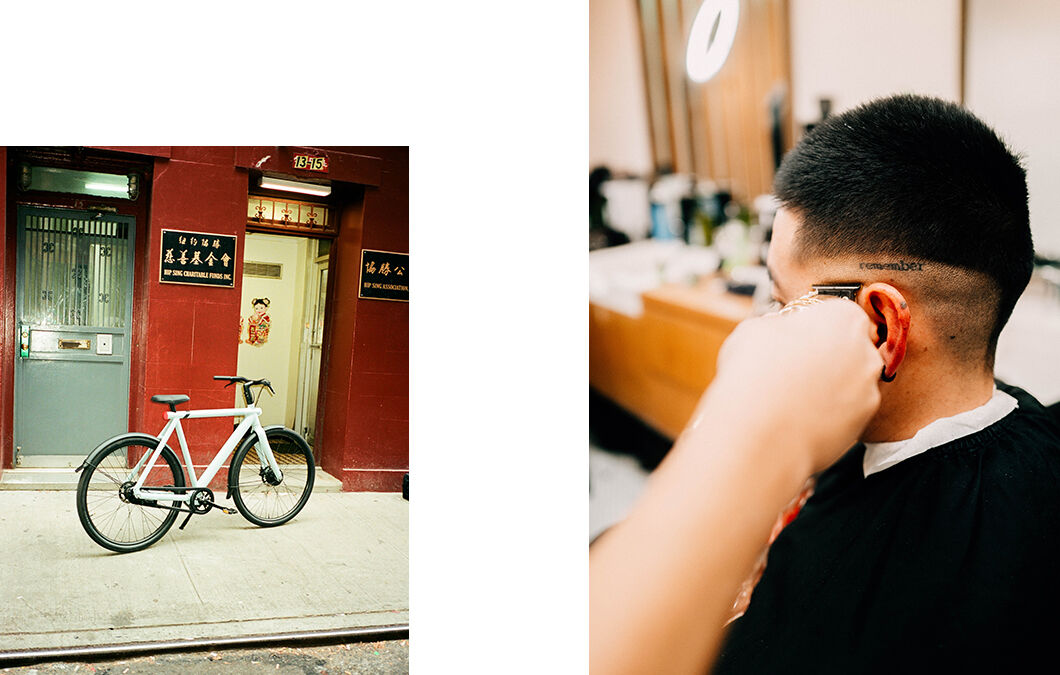 “If you hit a good spot in the city at the right time and you get a green light, you can go straight down nonstop with no traffic in the way.”

Quoting Bob McFerrin’s ‘Don’t Worry, Be Happy’, Mark describes positive thinking as the cornerstone to his success and happiness in life: “My parents always promoted me, always influenced me and told me to be a good person and to share that with everybody. So that's what I'm going to do.” And how better to celebrate positivity than sailing through town on a bike, right? 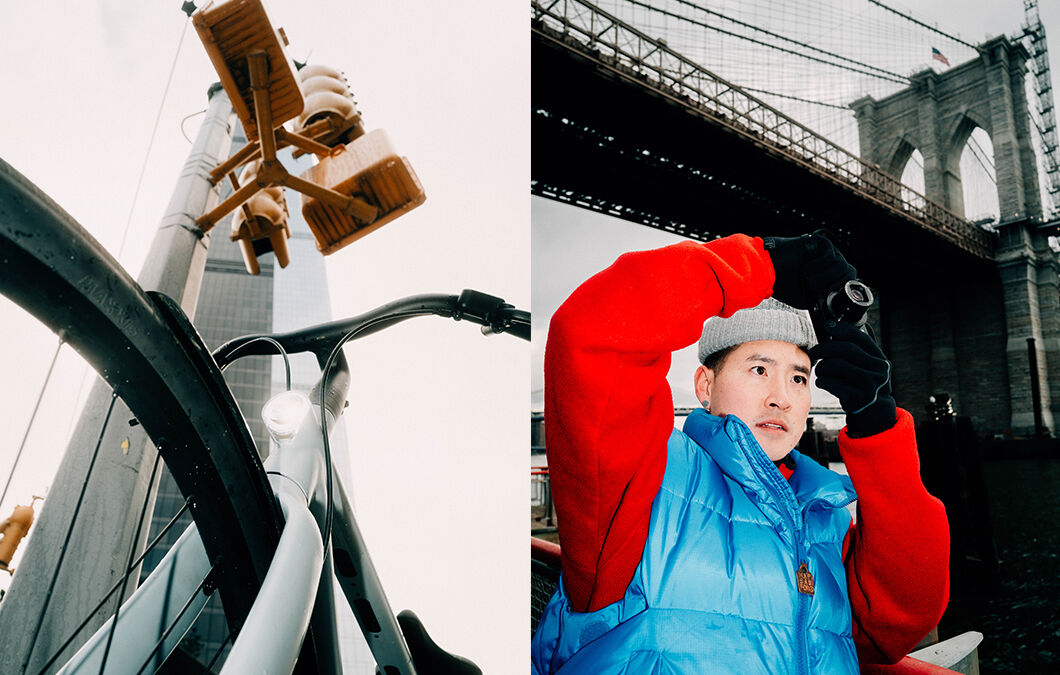