A talented trickster on his trusty BMX, and a fearless speedster on his city bike, cycling represents far more than a means of transport to Kareehm Richardson – for whom it’s both a lifestyle and a career choice. Since moving to the Netherlands from the Caribbean island of St. Maarten, Kareehm’s adventures have taken him up and down the country, turning up a community of like-minded friends along the way. His message to the young generation? Chase your dreams, aim high, work hard, and prove your doubters wrong.

Swerving his way across cobbled streets at dizzying pace, weaving between flows of traffic and sidestepping a host of approaching obstacles, keeping an eye out all the while for any tight gaps or brief openings in the winding route ahead. What sounds like a scene from an action movie is actually just Kareehm Richardson’s preferred approach to cycling around town – on a city bike, that is. “I do like to ride fast,” he confesses.

Since the onset of the global pandemic, producing content for his followers has become an even more important outlet: “Due to Covid-19, there’s not really any contests right now, but when I am able to compete, I usually try to ride.” Restrictions to the sporting calendar aside, Kareehm has seen one or two surprising benefits emerge from all the change. Namely, he’s crossed paths with fewer security guards watching over the landscaped surrounds of concrete office blocks and municipal buildings: sites brimming with irresistible potential for thrill-seekers on two wheels.

Currently based in Arnhem, an historic city to the east of the Netherlands, Kareehm travels between the nation’s major urban centres (Amsterdam, Rotterdam, The Hague, Utrecht etc.) to develop new skills as well as new footage. It would perhaps be fair to call Kareehm a bit of a perfectionist: training tirelessly to nail a trick is a routine part of his day to day life. Headphones on, and immersed in his meditative process for hours on end, Kareehm has a tendency to lose all track of time, a phenomenon he calls “the complete zone-out”.

If not a perfectionist, Kareehm certainly has a deep-seated sense of drive, focus and determination: “I like pushing the boundaries, and that's why I train so much,” he muses. ”I don't know if it's the same for everyone, but my mindset every day is just to progress in whatever I’m doing. If I'm writing or drawing for instance, I’m just trying to do it better than I did yesterday. I feel like a lot of people go through life just having fun, and that’s cool too, but I really like to surround myself with people who are trying to better themselves, you know? People who want to build something, or have something to show in the future.” 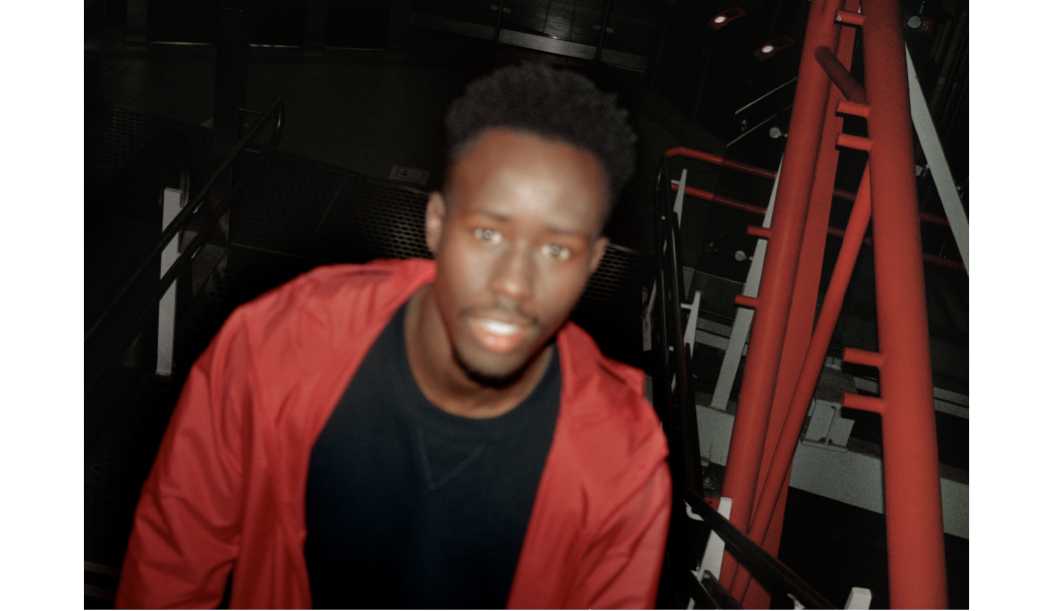 Kareehm attributes much of his drive to overcoming the doubts he’s faced about his chosen career path. “I think there’s quite a lot of social pressures that discourage young people from following their dreams. I say this from experience: when I started out, everyone always told me I’d never get to the point where I wanted to go, and that I needed to do something more serious, but after achieving a few of the goals I had on my list, I started seeing things fall into place, and I knew that anything was possible.”

Though Kareehm has now established himself as a force and a fixture of the Netherlands’ BMX community, his passion for the sport wasn’t always reflected in those around him. On the Caribbean island of St. Maarten – where Kareehm was born and raised – developing his talent was largely a solitary pursuit. “Back home, I was the only BMXer, so when I was riding I was mostly training alone, and trying to learn new stuff. But with my friends, we'd go hiking, swimming, or snorkelling. Outdoor stuff, mostly. We had bikes… but the bike life wasn't as serious back then!”

Beyond the value of discovering a tight-knit scene of fellow riders, Kareehm appreciates many aspects of life in the Netherlands – with a special mention for his home town, where he first came to study photography in 2018. “Arnhem is my city…It’s really my place. But living in the Netherlands in general gives you that feeling of being able to go anywhere, either by train or by bike. There’s still so much I haven’t seen.”

And, on the other hand, whilst the lure of island life – its tropical weather and idyllic beaches – remains powerful, the relative space of the Netherlands, and the anonymity it provides, has proven liberating: “I knew almost everyone on the island, but here it’s as if no one knows you. You feel more free. No one’s watching you…and no one’s gonna tell your mum that you're up to no good!”

For Kareehm, to imagine a world without cycling is almost inconceivable. After all, it’s simultaneously his sport, his profession, his hobby, and his primary means of getting around. But in his eyes, a journey by bike can forever reinvigorate and reset – in the face of all manner of concerns. “Cycling is something so healthy if you have any stress in your life. You can just literally get on your bike. You don't even have to ride fast, you can just cruise, put some music in your ears, and that stress will be gone. You're distracted by so many other things that the anxiety just goes away.”

“When I’m cruising, I’m not really worried about my destination or about the time. I'm just taking in my surroundings, thinking about the how smooth the ground feels. And about how fast I'm going.”