Jenny’s only regret when it comes to floristry? Not discovering it sooner. Surrounded by color, heady scents, and the early morning chatter of New Covent Garden Market, she’s in her element. And with London street smarts gained from twenty years of biking its side streets and through its parks, Jenny’s a rider with a clear vision about her city’s future.

“Dreams are quite difficult to follow and actually try and fulfil because there's al ways that risk that it's going to fail, isn't there?,” Jenny rationalizes. But floristry was a dream that she eventually found the time to pursue not just as a hobby, but as a career. Jenny describes her route into floristry as a natural process; a moment in which she finally conquered the fear of failure and followed a lifelong dream: “It’s been an organic thing that’s grown over time. I just love working with natural materials, and being around color. We live in a bit of a grey city and to be able to be around the smell of the flowers and the colors just does it all really.” 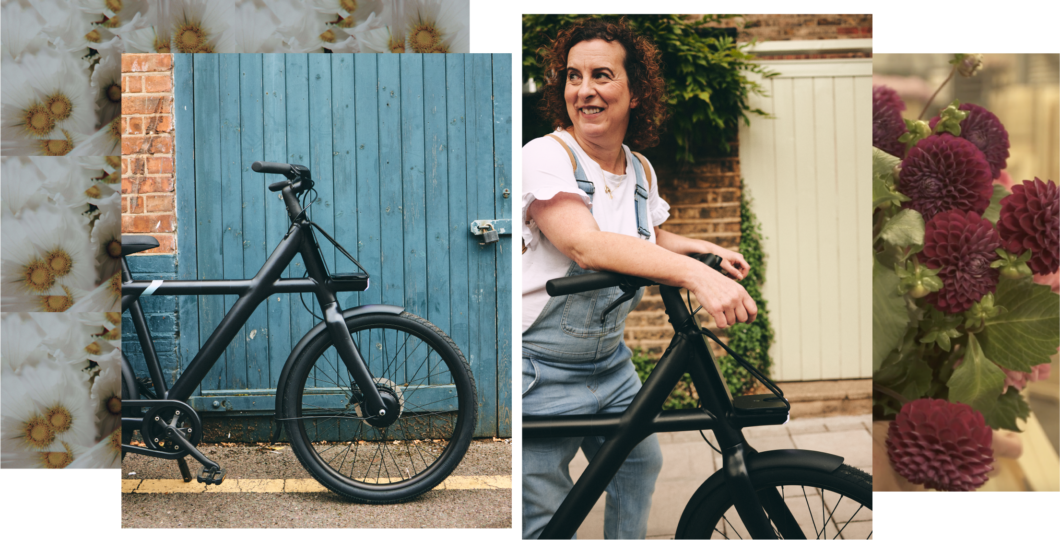 "You can see how the tones and shades work together in a way that you could never do online. You'll see that the seasons change and the different flowers that come in and that will dictate my work."

Up and already at the flower market by 03:30am on most days, Jenny sees an entirely different side to the city than most Londoners: “It’s early, but it’s worthwhile to see the sunrise. There's something about the smell when I walk in through the door. It’s not that it’s glamorous at all, it’s a tough life. But the flower market’s like a community.” It’s not all petals and rosebuds, though. It’s like a stock exchange at the New Covent Garden flower market, and maintaining relationships with traders to make sure you get the very best is key. “It's highly competitive, especially if you are going on a Thursday,” Jenny tells us: “You want to get there really early to get the best things. It's got a lot to do with the relationships that you have with people and with the traders – because you’re relying on them to bring in the goods for you.”

But is it really necessary to wake up at dawn and haggle at the market nowadays? For Jenny, online shopping doesn’t even come close: “You can see how the tones and shades work together in a way that you could never do online. You'll see that the seasons change and the different flowers that come in and that will dictate my work.” 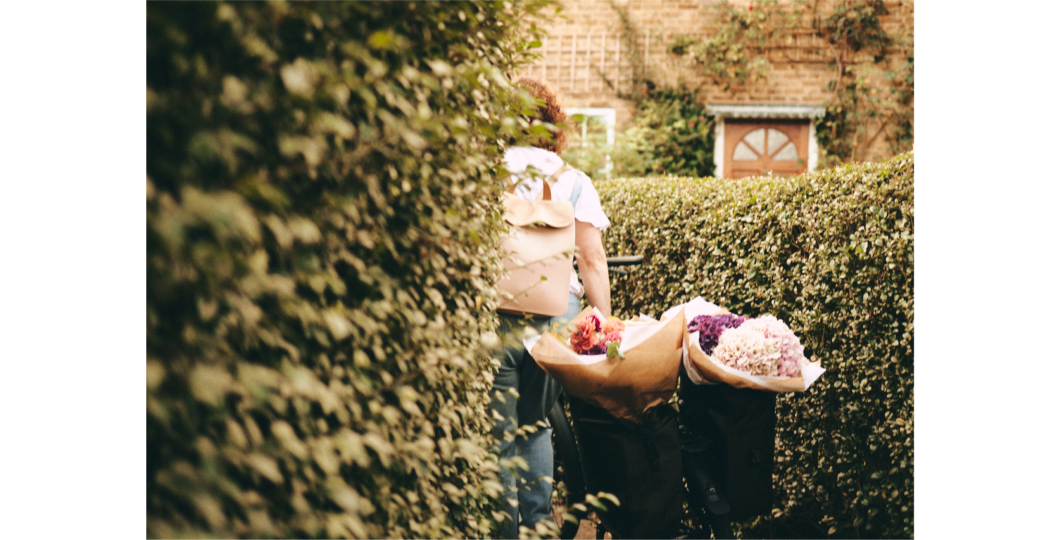 While Jenny was first discouraged by the fact she didn’t have a car, she’s since come to discover that delivering flowers by bike is not only doable, but liberating: “Cycling to deliver flowers is great. You don't get stuck in traffic. You can manage your time much more effectively. I go through the park; on the side roads. It’s just so normal and so natural to deliver by bicycle.” Having biked London’s boroughs for over 20 years, Jenny’s seen the mobility scene change drastically. But the city’s got a fair bit of catching up to do as more city-dwellers are eagerly hopping on the saddle instead of the subway: “There used to be hardly any cyclists – it was pretty tough on the roads. Now the cycle lanes are great. But I’ve struggled with them because they feel a bit constrained: the volume of people that cycle now is great, but it's a lot more stressful.”

And what does Jenny most want to defend about London? Well, it’s just what makes the perfect bouquet: diversity. “I just think difference makes life interesting,” Jenny smiles: “If we were all the same, it'd be pretty boring. Just like if we only had roses – life wouldn’t be so interesting now, would it?”