For the annual Designart Tokyo festival, Japanese artist, Otsuka Takeshi created a dynamic artwork to plaster the windows of our Tokyo Brand Store. The piece is inspired by the forms, patterns, and energy that he experiences while riding through his hometown of Tokyo. We spoke to the artist himself to delve deeper into his fascination with the relationship between man-made objects and the organic.

Hey, Otsuka. Can you tell us about yourself?
I’m Otsuka Takeshi, a Japanese artist from Tokyo. In my work, I look for interesting shapes and silhouettes. Currently, I’m interested in the moment when man-made objects become natural objects.

How did you get into the art world?
I studied Art at Tohoku University of Art & Design in Yamagata, Japan. Yamagata is a place of real natural beauty: every mountain, tree, and cloud is of great scale. The seasons are distinct there, with very hot summers and cold, snowy winters. Being away from the fast-paced culture of Tokyo meant I could paint in a more relaxed environment. I painted at all hours of the day – it was great to let painting become such a big part of my life.

Sounds pretty idyllic. Where does your inspiration usually come from?
For me, it’s all about being attentive to daily life. Take a clothes hanger, for example. Hangers are a very old and common object and are designed in such a way that they have not changed much until now. The design of the hanger only changes its appearance as it becomes involved in someone's lives. If the person who uses it is busy, there may be several hangers tangled together, and a new design emerges from human interaction. When life is involved, something organic is revealed. At that moment, the man-made object seems to change into a natural object – that's something I find really interesting. 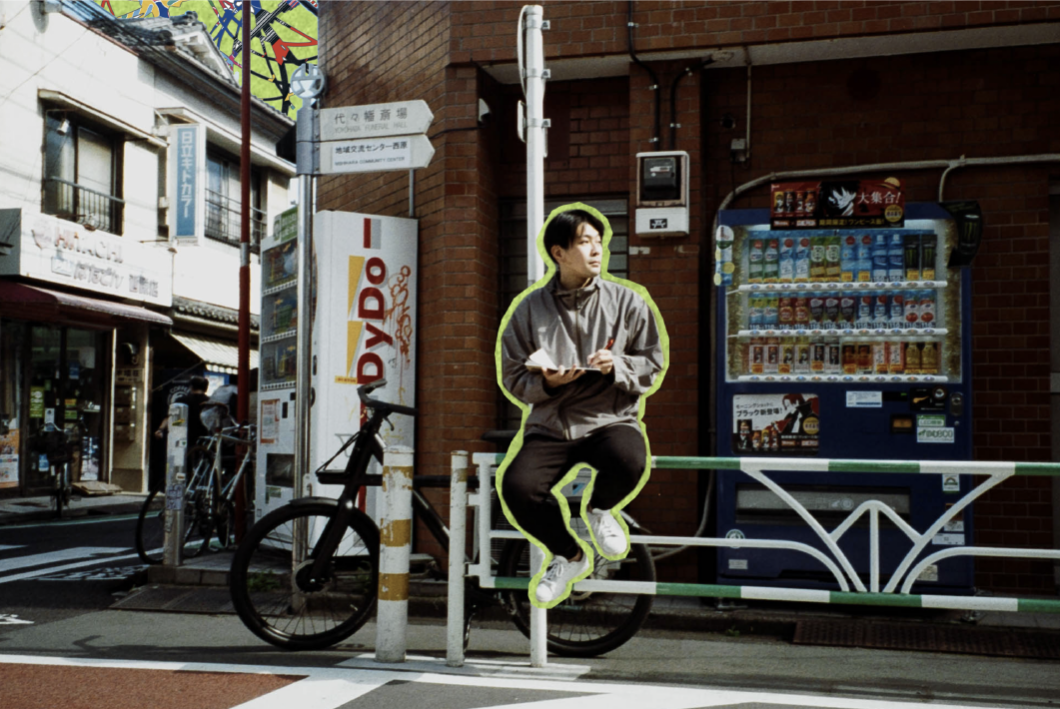 How do you usually make a start on a new creation?
I start by photographing man-made objects that I’ve placed around me. As they reveal their silhouette, I fill it with patterns to reveal the natural beauty behind them. I make a rule not to alter the shadow of the original object during the process.

What was the process for producing the artwork for our Tokyo Brand Store?
I think of patterns as I draw. I mainly work from the memory of landscapes. For the exhibition at the VanMoof Brand Store in Tokyo, I incorporated patterns of textures and ways of looking at the landscape that I felt when I was riding my bike. I usually draw by hand, but this time I used a computer. I drew the patterns one by one on A4 size Kent paper, then scanned them and processed them. The patterns were combined digitally and then printed on a glass film.

Shadows and silhouettes are important parts of your pieces. Can you tell us a bit more about that?
I also work on construction sites, and there are many different people there. People of all ages, races, personalities, economies, and genders come together to create something. I wondered how it was possible for so many different people to be involved and still come together in the end. I thought to myself that if only the ‘outer framework’ is decided, then most things can be accomplished. This was how I became interested in the silhouette. 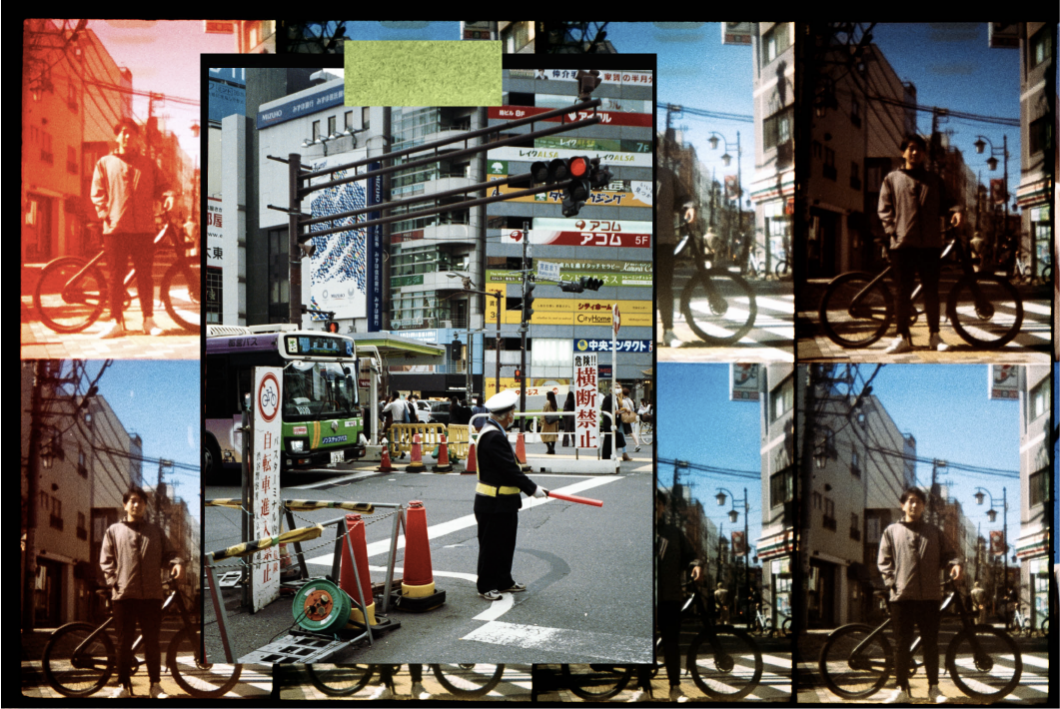 “For the exhibition at the VanMoof Brand Store in Tokyo, I incorporated patterns of textures and ways of looking at the landscape that I felt when I was riding my bike.”

How would you describe the feeling when you ride your VanMoof?
The feeling when you ride is very addictive. There is a sense of satisfaction in knowing that you can pedal to your destination without getting tired. I also rode for a long distance and was shocked to find that I could maintain a constant speed throughout. I feel like I can go anywhere. Roads feel totally flat!

The artwork was inspired by riding round town, right? Can you tell us any more about the thinking behind the piece?
The motif is the internal parts of a bike in their stocked state before being used. I superimposed the flow of energy before it even reached the road to express this idea of the ‘Desire Path’: roads that have not yet been completed.

Was the creative process for this project any different to your other work?
In the past, my work was made on paper, with a background colour and a paper base. But for this project, I drew the patterns on paper and scanned them into my computer. This is a way of incorporating the complexity of hand-drawing while keeping the feeling of having made the work by hand. I think I was able to get closer to what I wanted to express.

At VanMoof we want to redefine tomorrow’s cities by getting the next billion on bikes. How do you imagine the city of the future?
A mixture of both sophisticated things, places, and lifestyles, and a sense of life. I want our city to be a place where people can find enjoyment in that combination.

See more of Otsuka Takeshi’s work here or visit our Tokyo Brand Store before the end of the month to see his mural in person.

Spring incoming: Five tips to get your bike spring-ready.

Why partner up with VanMoof? Our Company Bike Program won’t just energize your employee’s commute; it will create positive impact in your city.